Many of us have been asking ourselves this question after President Trump announced his intention to impose 25% and 10% tariffs on steel and aluminium imports, respectively. Trump’s announcement might be challenging the GATT (General Agreement on Tariffs and Trade) which despite evolving throughout time, have remained the WTO’s foundation since its establishment after World War II.

Globalisation has triggered global economic expansion and development, leading to substantial real income growth. However, developed countries’ middle class has not experienced such an increase on their real income. A decrease in their purchasing power has lead them to blame globalisation and free trade agreements for this. 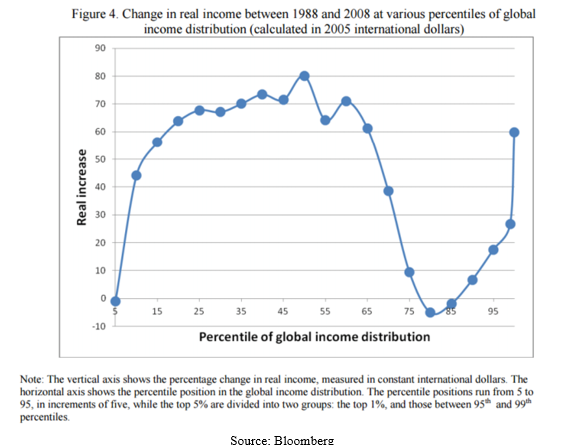 This sentiment has triggered an increase in protectionism, being Brexit and Trump’s election two illustrations of this anti-globalisation movement. Trump’s potential tariff imposition is therefore another protectionist measure founding his campaign’s slogan: “Make America great again”. Previous protectionist tariffs, such as those imposed by George W. Bush in 2002, resulted in a loss of 200,000 jobs. Will it be any different this time?

Despite affecting other countries, such as Canada or Mexico, in a more devastating way, when Trump talks trade, he talks China. Decreasing China’s record high trade surplus with the US is one of Trump’s main targets, which he has emphasized throughout his mandate.

China, the EU and other countries have expressed their concern regarding steel and aluminium tariffs and have threatened to apply several countermeasures.

CHINA– China is one of the leading US export car markets as well as being one of the top tourist and technology-purchasing markets. Additionally, China holds over $1tn of US debt. Some likely countermeasures could be industry-specific, such as restricting automobile, semiconductor or agricultural imports from the US. Examples of firm-specific measures include restricting iPhone sales or substituting Boeing for Airbus aircrafts. Other counteractions might include discouraging travel to the US (more than 100 million Chinese people travel around the world every year) or limiting the number of Chinese students in the US. The Chinese Government, however, remains cautious in attempt to restrain a potential trade war.

CANADA– Canada would probably be Trump’s most sound victim if these tariffs are actually applied. Prime Minister Justin Trudeau classified them as “absolutely unacceptable” and expressed Canada’s intention to respond to them by targeting two symbolically-valuable industries: manufacturing and agriculture. Trump, however, announced that Canada and Mexico could be exempted from these tariffs if NAFTA were to be renegotiated.

EU– The European Commission president, Jean-Claude Juncker announced that the EU’s will engage in a collective response with other countries affected by these measures. Additionally, Juncker expressed EU’s intention to prepare a list of potential retaliation tariffs which would most likely add up to almost $3 billion. These tariffs would target a list of products including clothing, cosmetics, motorbikes, boats, agricultural products and industrial products.

UK– Despite being the US one of the UK’s most important trade partners and even though a possible US-UK post-Brexit free trade deal had been rumoured, Theresa May has expressed her “deep concerns” regarding new tariffs and confirmed that “while the UK remains part of the European Union, any action would come as part of an EU-wide response.” [1]

According to the WTO, Mexico, Japan, Australia, India and South Korea are also “very concerned” with Trump’s potential tariffs and have announced their intentions to apply countermeasures. 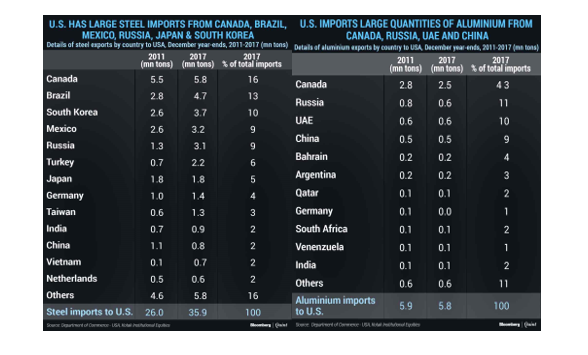 Despite easing trade war likelihood, the application of such tariffs would have a remarkable global impact if it escalated to a trade war. Some possible long-term consequences would include:

CONCLUSION –Imposing these tariffs on aluminium and steel may seem insignificant at first, however, this would most likely result in a series of retaliatory measures which would in the end lead to a trade war. “Protecting” these metals, mostly input goods, would have a negative impact on other aluminium and steel-consuming industries. Assuming no retaliatory measures are applied, negative consequences would still escalate to other countries, in a world where globalised supply-chain dependency is a reality. For a country that accounts for 13.9% of the world’s imports and 9.1% of the world’s exports a trade war definitely does not sound like the best solution.