The beginning of 2018 saw another example of the psychological impact of the Bitcoin, Cryptocurrencies, ICO’s and Blockchain on human beings in this period.

In fact, Kodak company, the pioneer in the photography sector announced the Initial Coin Offering (ICO) of KODAKCOIN, to enable photographer to get more protection for the image rights. As a result, the stock soared by more than 400% just after the news. 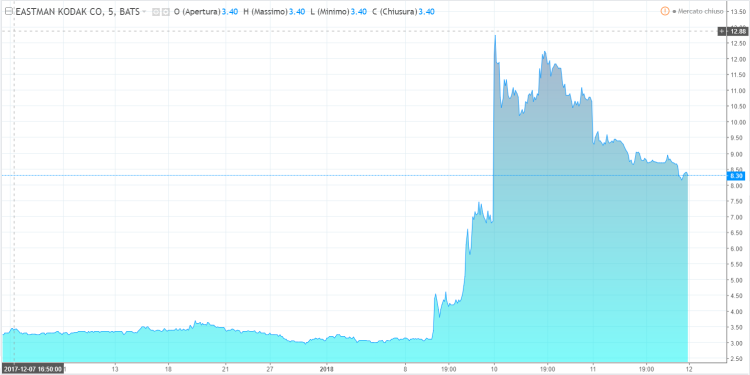 Kodak was not a darling of Wall Street nor a Company on the headlines of newspapers for innovative initiative, so how can the offering of a digital coin make everyone change idea?

What is a Coin, how is it traded and what are the risks involved? The following addresses those questions and provides an objective framework on the topic, analysing and confronting IPOs with ICOs.

An IPO, or Initial Public Offering, is the first sale of stock issued by a company to the public. Before it, the public is unable to invest in it, so the company is considered private and involves a relative small number of shareholders in the business. IPOs are the main way to go to widen the range of potential investors from founders, friends and venture capitalists to any individual or institutional investor.

Large firms use this process to raise a great deal of money, allowing the company to grow, expanding their market share and revenues. Private companies have many options to raise capital, such as borrowing, finding additional private investors, or being acquired by another company. But, by far, the IPO option raises the largest sums of money for the company and its early investors.

Obviously, this process has some pros such as the lower cost of capital, the increase in company’s public image, and it finally allows the attraction and retention of the best management. But, as everything, it has also negative aspects as the company is then required to disclose financial, accounting, tax, and other business information so making public and possibly disseminate that information, which can eventually lead to an increase in the risk of legal or regulatory issues and finally requires more time for reporting.

In this process, the prospectus is essential. It is a formal legal document that is required by and filed with the Securities and Exchange Commission that provides details about an IPO. It is issued in order to inform investors about the risks involved with investing in this stock. The information also guards the issuing company against claims that pertinent information was not fully detailed before the investor put money into a security.

In an IPO, we can have two types of investors, the institutional and the retail; the qualified one acting on behalf of an institution such as pension funds, endowment funds, insurance companies, commercial banks, mutual funds and hedge funds. Alternatively, it can be a retail investor and so also individuals. The main difference between those two categories is that, differently from the institutions which can buy shares on the primary market, the retail cannot participate the IPO and can buy the new shares once they are on the secondary market. As a result, some investors are kind of discriminated.

Once the IPO is completed, investors who bought the shares become shareholders, so they are then interested in the risks incurred by the company and the return they can achieve with their investment. Here after you can see the IPOs occurred in 2017 worldwide, but pay attention that this year this market soared compared to the average trend observed in the past years, not in the number but in the average funds raised, passing from 100 million $ in 2014, 94 in 2015 and 95 in 2016 compared to 120 million $ average in 2017, similar to pre crisis level.

When looking at the returns, investors need to consider both the capital gains, that is an increase in the value of a capital asset that gives it a higher worth than the purchase price and it is not realized until the asset is sold, and the dividend, a distribution of a portion of company’s earnings under the forms of cash, shares or other possible decided by the board of directors.

Looking now at the ICOs we can notice a completely different process from the IPOs. In fact, the ICO, the abbreviation of Initial Coin Offering, means that someone offers investors units of a new cryptocurrency or crypto-token in exchange of already existing cryptos like Bitcoin or Ethereum. The underlying technology called Blockchain is about solving problems of traditional money (corruptible, politically biased and opaque). It works with a distributed, cryptographically secured and transparent database. The pros it offers are no central authority in charge of trust, lower transaction costs, an ecosystem simplification, faster transactions, durable and reliable data with process integrity.

The token itself offers the holder access to any platform or service that the developers create in the future with the token. However, as the majority of projects are in development stage, the main scope for holding the token is to speculate on the adoption and the eventual real-world usage of those systems. The benefits of such speculation are the creation of liquidity which enables developers to fund their project and bring it to fruition. The duration of an ICO can be quantified in days or weeks, as opposed to the long time needed in IPOs. Coins and tokens can then be traded on unregulated crypto-exchanges like Poloniex, GDAX or Kraken.

In 2017, there have been 92 ICOs which collectively have raised $3 billion. The following chart is about the ICO market from January to October 2017, showing the amount in million Dollars raised in each month by this process.

Just to give you an idea of the situation of last year, here are some of the most successful and so probably followed ICOs of 2017.

The equivalent for the IPO’s prospectus is the white paper in the ICO, a document explaining in detail the pitch of the future company and platform, describing the technology behind the proposal itself.

It details the commercial, technological and financial figures of a new coin offering and puts it into digestible chunks that the reader can understand.

The majority of ICOs are projects in a very early stage of development and are more similar to ideas or prototypes rather than real businesses.

Finally, it is specified which electronic platforms/exchanges/systems are actually ready to exchange company tokens for electronic money. The reputation of each exchange can be used to assume the reliability of each ICO.

The value of coins or tokens lays in potential market and network effect, a phenomenon whereby a good or service becomes more valuable when more people use it. The number of users required for significant network effects is often referred to as critical mass. After the critical mass is attained, the good or service should be able to obtain many new users since its network offers utility. The expected returns can be extremely higher than those in the stock market. As users are also investors, they are more willing to spread the word and encourage the use of the service.

As recognized by the Financial Conduct Authority regulators, ICO participants face abnormal risks as a consequence of being an unregulated space such as the inexistent investor protection from fraud or misleading information and the price volatility of the token.

To sum up, this little table can help better understand the similarities and differences of those two processes.